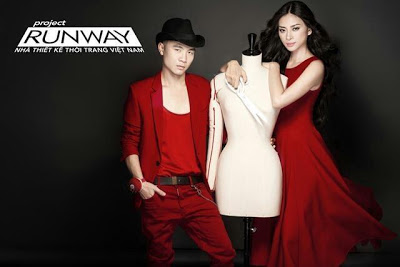 Seven years after her win, Chloe Dao returns to Project Runway, this time in Vietnam. She joins Project Runway Vietnam in its inaugural season not only as a judge, but as a co-executive producer.

She will bring to the show her expertise as an internationally renowned fashion designer and her experience as a contestant and winner of the Emmy-nominated series.

Contestants will have the opportunity to work with Chloe as she mentors select challenges throughout the series. Chloe states, “As a Vietnamese-American, I am honored to be able to represent both cultures in the fashion industry. I’m excited to be a judge and not a contestant this time around. I am also extremely excited to see what Vietnamese designers will bring to Project Runway.” 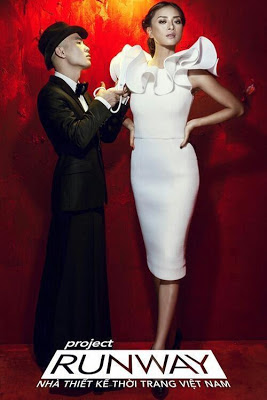 Chloe will be in Vietnam from March 20th through April 30th for the taping of the series. Project Runway Vietnam will be broadcast on VTV3 from 8pm to 11pm every Sunday from April 28th – June 16th.
Posted by LauraK at 8:38 AM