Viktor Luna for F/W 2015: The Apocalypse

Viktor Luna presented his F/W 2015 collection on February 11, 2015 at the Intercontinental Hotel Times Square, Gotham Ballroom,  BPR Field Reporter, Shannon Marie Moody was there and sends us this report - thank you Shannon! 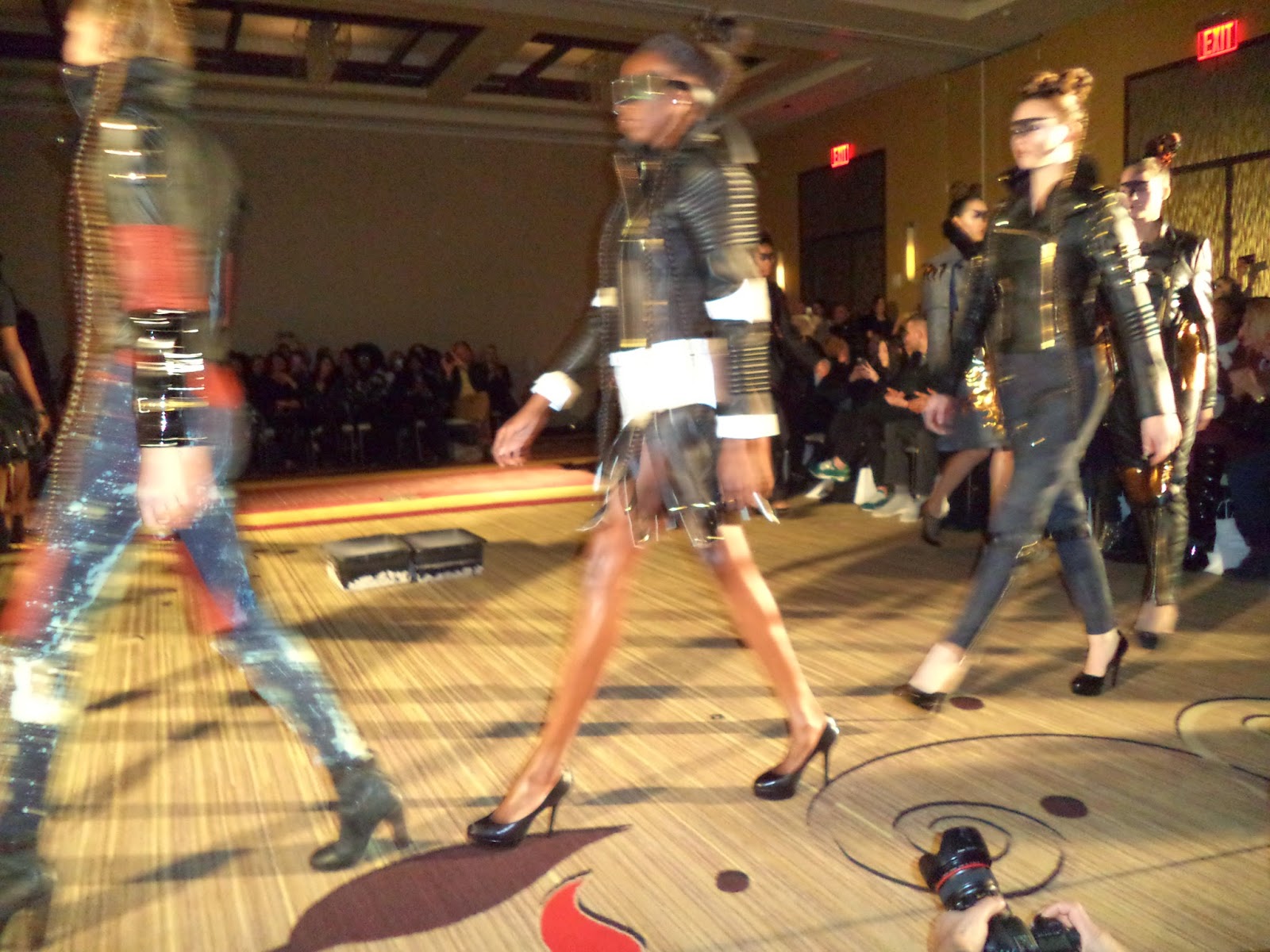 His overall concept for the collection was "The Apocalypse", think Guerrilla Warfare. Or in Viktor's case, "Gorilla Warfare", as several of his pieces incorporated the face of a gorilla! The underlying inspiration for his 12-piece collection was envisioning how women would dress for the end of the world, facing an apocalypse. He said his collection also was representative of the 4 major elements -- earth, water, fire, and air. 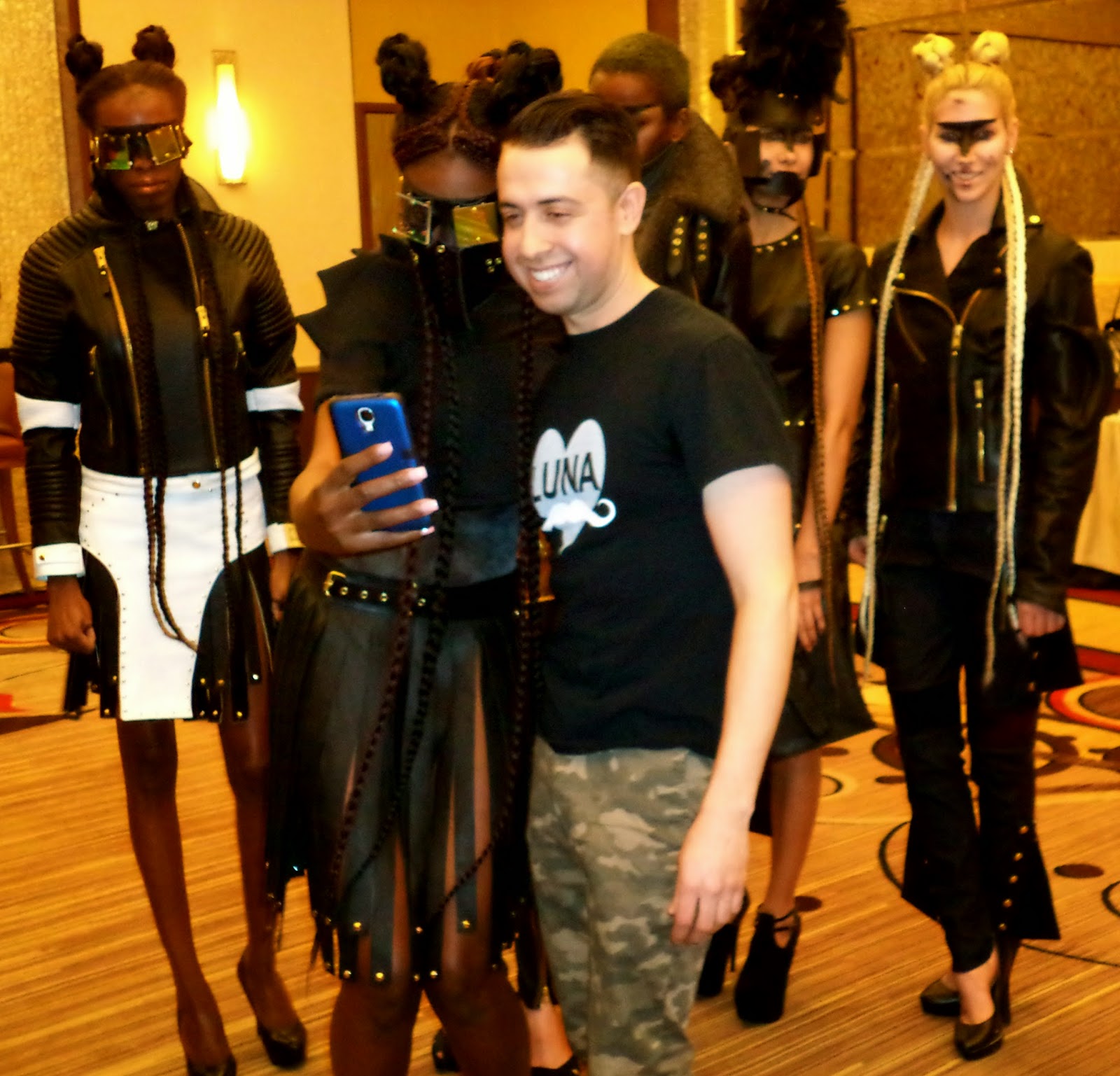 And Viktor's "Apocalyptic Woman" in this case dresses with strength, very tough, armor-like.
Viktor presented a great deal of detailed and structured outerwear. Many pieces encompassed several gold button and zipper detailings. The color palette for his apocalyptic vision was dark -- blacks, charred browns, deep burgundies, and navy blues. What a show! 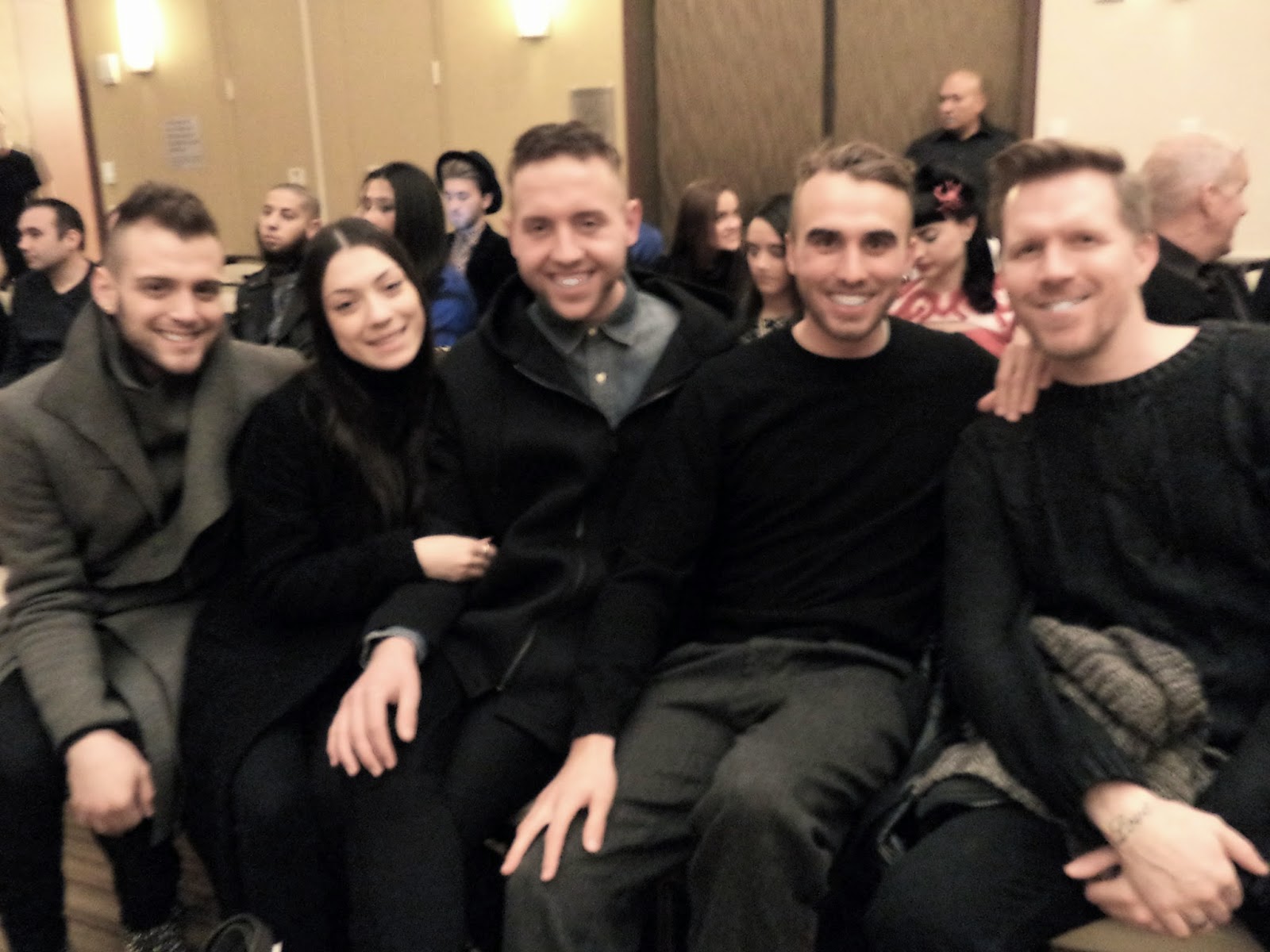 It was also nice that several PR alums made their way to Viktor's show to show support --
Posted by LauraK at 5:58 AM