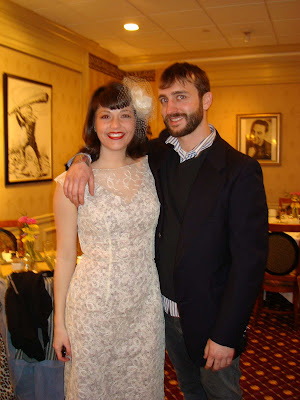 Kenley Collins has been arrested for assaulting her fiance, Zac Penley. According to TMZ, there are several charges and she spent the night in jail.

This photo is from the BPR brunch on February 20th where Kenley was proudly showing off her ring and discussing her wedding plans.

"It was a miscommunication," Collins told The Post after getting released without bail from Brooklyn Supreme Court yesterday morning.

"Fights happen, And that's that. There is no case."

According to law enforcement sources, an enraged Collins woke Penley up just after 7 a.m. by hurling their cat in his face. Then she threw her laptop, and as he fell crawled on the floor, slammed a door on his head. She threw three apples, and doused him with water, before he was able to dial 911.

Everyone is chiming in on this one: