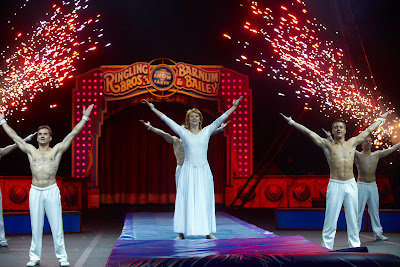 Photo: Lifetime Network
The circus, really? Well, we've always considered Project Runway to be the Greatest Show On Earth and designers past and present have shown that they are more than capable of making clown clothes, so perhaps taking the designers out to the big top isn't such a stretch.

It's the last challenge of Season 7 and sparks will literally be flying as we find out who's final collection gets to count at Bryant Park. The stakes are huge and BPR has its own cast of characters ready to perform for your entertainment:

See you tonight at the circus! Oops, I meant the runway. No difference, you say?