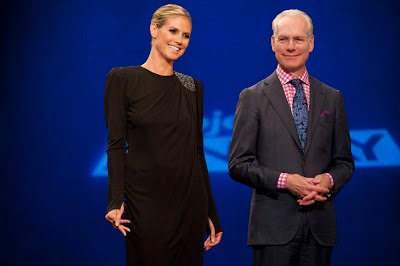 We’ve already announced that it’s a season of team challenges, and the fans have gone crazy. They hate the whole idea! Everyone is making the assumption that the designers are compromising their own point of view in order to create a collection together. Nothing could be further from the truth.

They’re put into teams but they’re still creating their own vision and creating their own work independent of the other designers on their team. However, one team’s going to be on the bottom after the judges’ evaluation and one team will be on top. So there’s an incentive to speak forthrightly and positively to any teammate you feel is doing substandard work, as opposed to just being snarky about it behind their back.