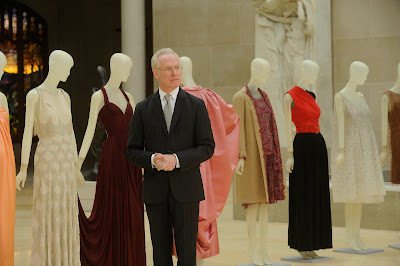 Tim appears to be much more in his element this week, doesn't he? We can only imagine the level of relief he must have had after wiping off his muck encrusted farm boots.
It's team challenge time on Project Runway, always a recipe for designer drama. BPR is your source for new episode fun: